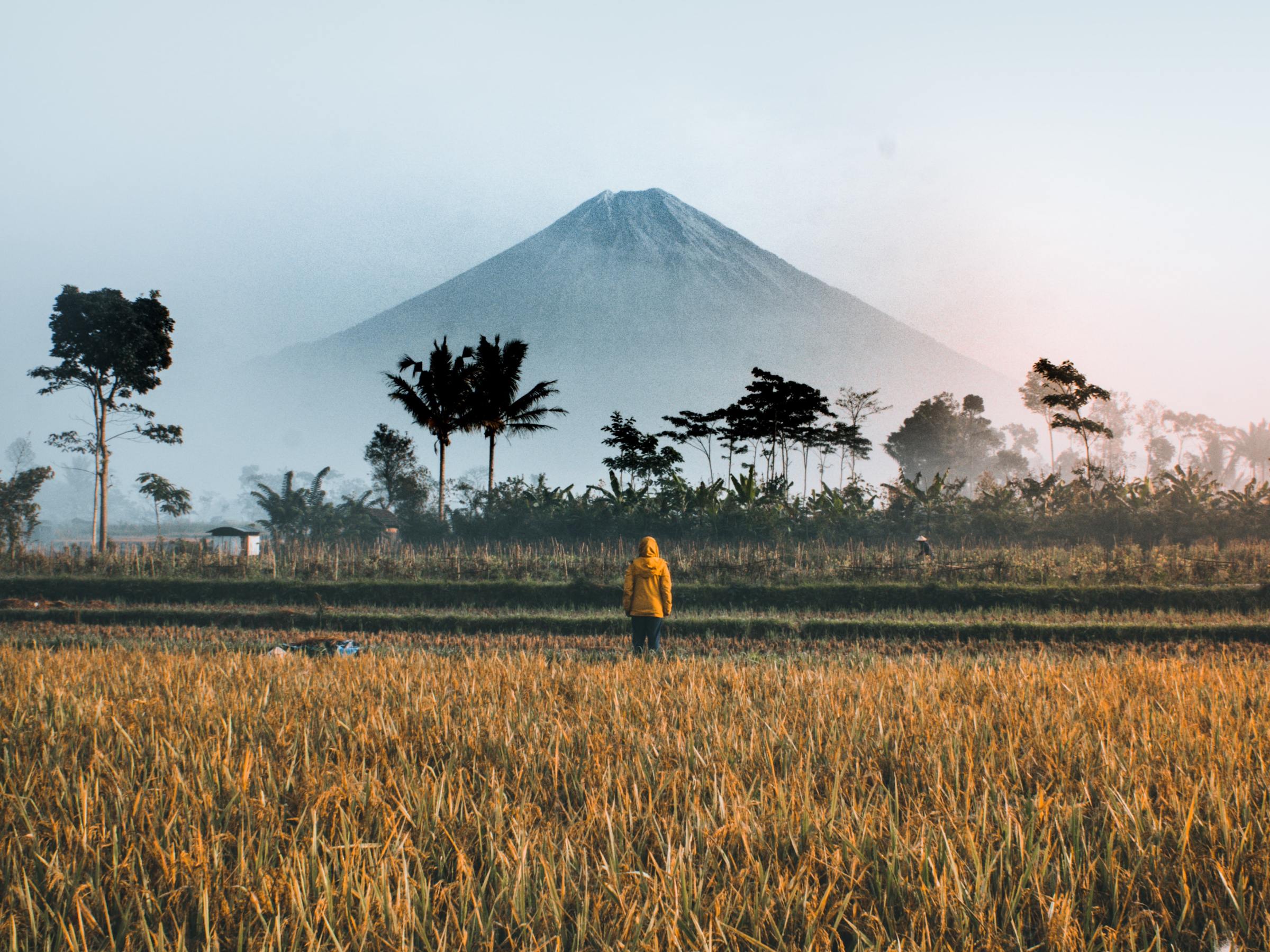 Dark tourism is characterised by tourists travelling to destinations connected to death, struggle and disaster/tragedy. In some instances, travellers explore destinations where danger is imminent such as the active volcano of Pompeii, Mount Vesuvius or Chernobyl (which has experienced a 40% increase in tourism since the release of the Chernobyl mini-series). South Africa holds some “dark” tourist attractions such as Robben Island, the District Six Museum and the Apartheid Museum. In the case of these South African tourism sites, tourists visited these places intentionally in order to pay their respects to the victims of the past, to learn, to pay homage to Nelson Mandela, and/or to connect with South Africa’s political struggle. This article will focus more on the “extreme” or dangerous side of dark tourism such as that of Mount Agung. The economic impacts will be discussed as well as the links to the illicit economy.

The volcano, Mount Agung, in Bali, Indonesia is a popular destination for weddings, deep-sea diving and of course marveling at the volcano itself. In November 2017, Mount Agung erupted for the first time since 1963 and in the week leading up to its eruption, tourist numbers decreased. Naturally, this negatively affected the income of the tourism industry; over $812 million in revenue, thus, indicating its level of dependency on tourism. Mount Sinabung on the Sumatra Island, another tourist destination in Indonesia, has also recently erupted in August of this year. It is clear that, although dangerous, tourists still flock to these areas and contribute immensely to the economy. In order to increase the revenues of these areas, but maintain some safety, officials are planning to allow for disaster tours for these thrill-seeking tourists. Warnings of danger zones will be placed along the routes to the volcano and tourists will be well informed of the risks associated with the tour.

Local community members directly and indirectly benefit from this revenue. Directly, as local businesses such as hotels, cafes, restaurants and tour guides are supported and indirectly, as the revenue through taxes received by the government goes into building and rebuilding better infrastructure which aids in the economic and social recovery of these communities. This, in turn, creates an improved international image or reputation of the area and with the new developments, encourages more tourism.

The dark side of dark tourism

Even though there are benefits to local communities, tourists and the tourism industry of countries, there are still loopholes wherein people make a profit illegally. One such way is through the illegal trade of antiquities often looted from these dark tourist attractions. Syria is a particular target and authorities are finding it difficult to stop demand in hopes that the supply would decrease. Syria is rich in ancient civilisations and of course is well-known for being a conflict zone. This proves to be a selling point for illegal trade. In 2015, the United Nations Security Council (UNSC) passed resolution 2199 which bans and condemns the illicit trade of artefacts from Syria and Iraq. “Red lists” have been issued specifying artefacts most at risk of being looted and a reward of $5 million was offered for information to help interfere in the ransacking by ISIS (Islamic State of Syria and the Levant). Coins and metals were reported by the United Nations Conference of Trade and Development (UNCTAD) to be the most seized and traded items. In 2018, Russian customs seized RUB 1,8 million worth of medals, metals and antique coins, some over 100 years old. Authorities are clamping down on these issues of illegal trade. But there are still many difficulties. Traffickers have found ways to forge documentation, stating that these items are legally in their possession. Online networks and Facebook groups have also made it easier for these traffickers to communicate with their customers in terms of the items in demand, to sell them and arrange pickup points. In the case of ISIS for example, the sale of these items fund their terrorist initiatives, thus, increasing their power and capabilities.

Dark tourism is an unusual way to contribute to the economy of a country. But there are many well-founded reasons why it should continue and even be encouraged. These tourist sites serve as a way to educate groups of people bringing to light the terrible atrocities that some experienced, thus, creating a sensitivity towards members of those communities. They allow people the opportunity to wonder at the oddities that the world has to offer such as that of volcanoes and hurricanes and develop an awareness of the dangers that climate change can bring. Local communities’ livelihoods and businesses are supported by the profits and revenue made through some of these attractions, thus, improving the economy of that country and the tourism industry. There are unfortunate repercussions such as that of illicit antiquity trade from areas known for their dark past and present. This trade takes away from the community, the ancient civilizations, and the economy where individuals profit instead. Tackling this issue is increasingly difficult considering the onset of globalisation with more porous borders, underground markets, and social networks of communication between the suppliers and customers. It will be important for countries’ border-customs and the relevant authorities to cooperate in this regard to ensure any and all profits from these dark tourism sites remain in the country of origin.

Selycia considers herself a jack of all trades, with her interests and abilities widespread. She wants to pursue as many of them as she can in her lifetime. She believes life is not meant to be a straight “normal” line but a beautiful journey of segues. Selycia is one of the permanent writers on The Art of Politics team.